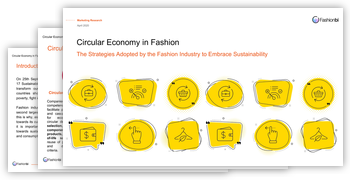 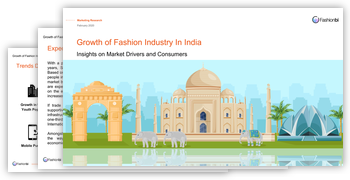 Growth of Fashion Industry In India

Being one of the largest countries in the world, India also has a high customer base for retail. The ... 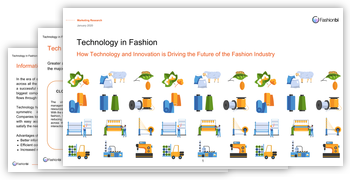 67 pages
See all the Marketing Research

Latest News from the Industry

kiehl's' have broadcast on Taobao from September 1st to September 16th

kiehl's invited Chinese influencers on Taobao to conduct live broadcast on the theme of “Keyes Purple Glass A Charging Station” from September 1st to September 16th.

Kiko Milano has just launched a new limited series, which is the perfect way to welcome spring. The playful lineup is full of soft texture, floral and shimmer

Kiko Milano, which has been operating in Tavern Street for the past four years, has closed its Ipswich store.

The makeup chain has more than 40 stores across the UK and moved into the former home of Sole Trader after it closed back in 2016, leaving the shoe chain’s four members of staff redundant.

At the time, Sole Trader said the unit was “too small”, however they are yet to open a larger store in the town.

Nearly thirty years after its release, Diardora launched a re-released sneaker with Foot Footrol in 2011. Limited to 100 pairs, the white, gold and silver color scheme is almost the same as the original color scheme, and it is even equipped with a kangaroo leather upper.
Diadora HERITAGE has been 9 years since its last release, and 40 years have passed since its first release. This product will return to B.Elite in 2020. The brand new "B. "Elite H Italia Sport" is available in two colors: "White/Gold" and "White/Leather Coat" — the retail price of the Diadora website store is 160 pounds (approximately US$200).

“Normal People” star Daisy Edgar-Jones has officially entered the fashion world with her first-ever campaign for Jimmy Choo.
Jones catapulted to stardom amid the global pandemic after Hulu’s limited-series “Normal People” aired in April. She stars (as Marianne) alongside Paul Mescal (Connell), who has also garnered attention — and an Emmy nod — for his performance.
“She has found herself on the cusp of global stardom during an extraordinary moment in history,” Jimmy Choo creative director Sandra Choi said in a release. “I, like many others, was mesmerized by her performance in ‘Normal People’ and am so thrilled we were able to work together to create such a beautiful campaign that talks to the brand’s London roots so strongly.”

Jimmy Choo's parent company, Capri Holdings, has chosen Hannah Colman, who has worked for the retailer for 24 years, as its new CEO.
Since Pierre Denis left in May as CEO of American beauty company Coty (Coty), Coleman has been acting CEO. Colman worked as a store manager for a luxury footwear brand in Belgravia, London in 1996, before leading the company's operations in Europe, the Middle East and Africa, and then becoming the head of global e-commerce.
Capri Holdings, which also owns Michael Cors and Italian fashion brand Versace, praised Colman's "unparalleled knowledge and understanding" of the brand. The company’s chairman, John Idol, spoke of her “outstanding” leadership during the pandemic.
Like many other luxury fashion brands, Jimmy Choo reported a decline in sales during the pandemic. In the three months ended June 27, its revenue was US$51 million, down 67.7% from the same period last year, and its operating loss was US$29 million.

Luxury brand, Jimmy Choo, has launched its collaboration with outdoor lifestyle brand, Timberland.
The inspiration behind the collaboration was to blend Timberland’s timeless look with Jimmy Choo’s distinctive style to create off-duty glamour, featuring beauty mogul, Kristen Noel Crawley, and model, Evan Mock, in the campaign.
The limited-edition collection, encrusted in Swarovski crystals, comprises four designs of the classic six-inch Timberland yellow boot. There are three unisex: one with a Swarovski crystal collar, one with gold glitter and a black pair with glitter, and one premium woman’s style with all-over Swarvoski crystal embellishment.

Allen Solly introduces masks, says wear it like a smile in its campaign

Anil S. Kumar, COO, Allen Solly, said, "Driven by the need of the hour, wearing face masks has become a new normal. They are now an unavoidable necessity for the greater good. Our campaign aims to add a fresh and positive perspective to the concept of masks by connecting it to a human characteristic — Smile. With easing lockdowns, people have started venturing out and wearing a mask is the new norm. It becomes highly critical in such times to device messages carefully and creatively. Through our campaign, we are not just highlighting people’s duties and obligations but also empowering their trust in accepting masks as a way to express oneself just the way we do with our smiles. We strongly believe the campaign will add positivity and reinforce the importance of wearing masks to not only keep ourselves safe but put others around us at ease as well.”

Allen Solly has introduced a digital campaign ‘Made with Hand, Made with Love’ to celebrate the undying spirit & creativity of c.
Anil S. Kumar, COO, Allen Solly, said, “For us, this unique handmade collection means more than just creating product, it is an expression of our ability to support our community, given the external situation and at the same time create a handcrafted range for our consumers with the same love and care.”

Womenswear designer Eileen Fisher (Eileen Fisher) is the latest agency to receive advertising funding from Facebook Inc. in July.
This move is part of the "Stop Hatred and Get Rich" campaign, which aims to put pressure on social media giants to combat hate speech and misinformation.
The brand said in a statement on Twitter: “By withholding advertising fees, we can collectively ask Facebook to take meaningful steps to create a platform that is safer for all communities.”
Eileen Fisher has taken similar actions, following similar actions taken by major clothing brands and marketers (such as The North Face, Patagonia, and Arc’teryx).